Recommended Listening Soundtrack: All of This by The Naked and Famous

As I walked out the door to the gate that would lead to my freedom, I knew if I didn’t leave my bitterness and hatred behind, I’d still be in prison. Nelson Mandela

Julian Assange. Chelsea Manning. Edward Snowden. Palestinians. Israelis. You. Me. Everyone. What do we all have in common? This question vexes me, and is one I have been unable to ignore since a run-in with one of my favorite songs, an interview on Democracy Now and the US’s most recent national holiday on the 4th of July.

When the song by The Soup Dragons titled I’m Free came out, me and 2 of my best friends with a new license to drive would whirl around town blaring that song over and over again (when I say over and over again, I really mean OVER AND OVER again). It was perfect teen Saturday night fodder that fed our perception of delusional freedom- or was it delusional? We bonded through that song, and I still love to pretend in my own delusional reality that this white girl can hang during the Reggae outburst toward the song’s end.

Best singing in car scene ever, courtesy of Wayne’s World!

As I was singing along to it again recently, it coincidentally fell upon my ears following the US’s national 4th of July holiday. A holiday that is supposed to be about celebrating “freedom.” And, as I later was listening to an interview with WikiLeaks co-founder Julian Assange the same day, I found myself confused at a clogged up intersection of questions and fate in my heart regarding this mythological word we use quite frequently, freedom. Personal freedom. Freedom of choice. Freedom of speech. Freedom of press. Freedom of expression. Our freedom. Their freedom. It all started a big racket in my head, with ideas and images honking at other ideas and images to just get out of the way!

After being imprisoned for 27 years, Nelson Mandela was quoted as saying, “As I walked out the door to the gate that would lead to my freedom, I knew if I didn’t leave my bitterness and hatred behind, I’d still be in prison.”  This statement is so profound, as it points out that imprisonment is beyond our physical world, it starts in our mind, and ripples outward like a broken dam. Yet as I write this, I can hear in the back of my head a distinct argumentative voice blabbering on, “Blah. Blah. Blah. Blah. We’ve all heard that before.” All of us are engaged in the same challenge of deciphering between the imprisonment of the mind’s demons, our past and what it means to not be a slave to our thoughts.

What a challenge. To coexist in a world of hatred and a need for love and human contact.   My younger self asks questions that really can’t be answered like, “Why does everything have to become so complicated?” As a teen, I was given the simple luxury of being able to drive around with my friends when I was in high school and sing along to a song like “I’m Free” by a group that actually, really called itself The Soup Dragons. And that memory will always make me laugh, and feel sad at the same time.

I had the option to question freedom and not worry that something could happen to me for speaking my mind or that someone would be listening to my telephone conversation and peg me as a troublemaker just because I questioned my government. But so many others don’t have the freedom to live in the naivety of the “teenage dream.” Many children and adults are still faced with painful challenges like, will their house still be standing by the end of the day or will they be kidnapped and even killed today because of a thousand year old belief system? 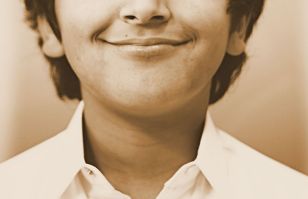 Conclusion?  Our commonality outweighs the perception of “different.”  Toward the end of the Amy Goodman interview she asked Julian Assange, whose been living a life of his own imprisonment in the London Ecuadorian embassy, “What gives you hope?” He answered, “Well, hopefully the greatest legacy is still to come.” No matter what we believe, we can all choose to meet in that place of hope and be a part of that legacy. It’s making that choice instead of empowering the ego driven “need to be right” that holds the key to finding that freedom together.

But for now, I’ll just rock away to the Soup Dragons and envision what it will feel like when we can collectively cross our self-imprisonment border of bitterness and hatred, see ourselves in one another, and smile without hesitation that anything is possible.  “All of This” does not have to tear us apart.