Recommended Reading Soundtrack: “More than Life” by Whitley on album The Submarine

There are those moments tied to places from our past that emit a certain electricity. Times where we have felt right on our game, and nothing was going to get in our way of accomplishing our “Mission Impossible.” Growing up, ballet class was not one of those places for me. There were times in ballet class when I just wanted to disappear; when I ruthlessly compared myself to the “tiny” pretty girls and made unconscious decisions about my own “potential.” But I loved to dance so much that I continued in my Marcia Sue School of Dance class off that country road behind a donut shop from the time I was a smiling naïve kindergartner to a crazy teenager in high school.

I remember one afternoon while we were stretching our teacher asked us as a group what our dream was for our future. There were lots of “classic” answers. One of my classmates that I had known for years stated the trendy answer for girls in the late 80s/early 90s, “President of the United States.” I remember thinking, “why would anyone want that job!” I still feel that way, honestly. But I digress.

To me, the idea behind our “potential” as human beings contains a lot of emotional and sexist rhetoric. Defining what our greatest potential really means is a topic that intrigues me, especially as I engage in analyzing my own root belief systems and negativity.

The Quest to Define Our Potential with the Ego

There is a lot of talk out there about our inability to acknowledge the limitless nature of our potential as human beings. There are movies about it with titles so simple, how could we question their content? Titles like, “Limitless.” Or, one of my favorites? “Phenomenon!” We place a lot of limits around ourselves regardless- and they constantly transform. Stubbornness, and the need to make someone we are angry with wrong, is probably one of the most common limits I see in my work on myself, and with others. 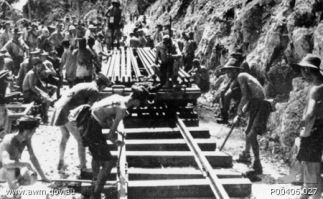 But recently, I saw a film that blew my mind when I least expected it. As I sat in silence after the end of this heart wrenching story about a tortured soul and their abuser, I thought to myself, “Wow, now there is a man that truly lived his greatest potential. I can only hope I can love as big as he did.” The story was based on the autobiography, The Railway Man, by Eric Lomax. Lomax was a British Army officer who was sent to a Japanese POW camp in 1942 with the surrender of Singapore and forced to participate in building the well-known “Death Railway” in Thailand.

While in the camp he was tortured for telling the truth, and although he physically survived the torture and war, his heart was tormented and in pain for most of his life. In the early 80s he fell in love and remarried a woman that loved him so deeply, she was willing to risk losing her husband to help him heal his psychological wounds. This involved confronting the darkness that he was not able to reveal, even to her.

Lomax’s closest friend and also a former POW from the same camp located the interrogator that largely participated in his psychological and physical torture. His interrogator, Takashi Nagase, was living in Thailand and as part of his own personal atonement for participating in the war, had financed a Buddhist temple and museum near the bridge at the River Kwai where he gave tours. Lomax was determined to go to Thailand and kill him, but what ended up happening is an incredible story of forgiveness and reconciliation. 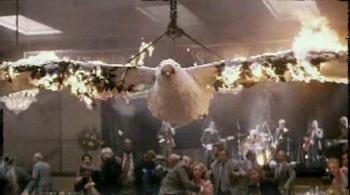 Lomax ended up becoming good friends with Nagase, a man that lived in his head as his greatest enemy for 40 years. How is it, that something so extraordinary, can happen? This is the truth of our potential as human beings. To be able to recognize that ignorance can cause someone to act out wrongly and truly see that their ignorance was not their truth. To be able to reconcile with our enemy is the greatest gift we can give to our self, and will enable us to move beyond beliefs that keep us stationary in life. Freedom in our hearts, that “Free Bird” if you will (having visions of a papier mache bird on fire comically flying over the heads of memorial attendees in Cameron Crowe’s Elizabethtown here!) has the potential to take you to unimaginable heights. These heights are only determined by you, and your own purpose in life. It is up to each of us to question what brings us joy- even if that means being the “President of the United States?”

Time to Get Real

The idea of embracing our limitless potential is about getting real with ourselves. If you can’t look into the mirror and question yourself, “where am I putting up a big STOP sign in my heart,” then you will continue to experience limitations behind the inability to forgive. I do believe it exists, this limitless potential, but without one another we can’t get there. Each of us has a gift to give to the world, to one another- it just may not be what you “think” it is. Now then, let’s REALLY get real!